In the early days of flexography, filling anilox cells was not as important as it is today. Back then, much of the ink transferred to plate and substrate came from the anilox surface—the ink film. The mechanically engraved anilox surface helped to determine the ink film’s thickness following metering. The courser the line count, the thicker the ink film. Think back:

For years, the biggest limiting factor to higher-quality print was the anilox ink film. The raised image on a plate had to penetrate the ink film, allowing ink to accumulate on the image sides, not just the surface. This meant the printed image grew imperceptibly with each transfer to the substrate. Technically: 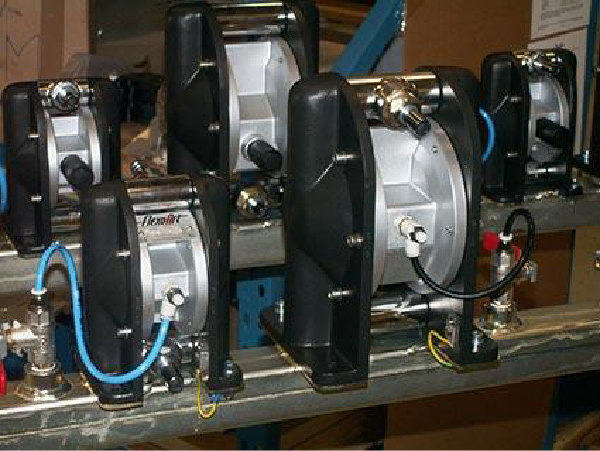 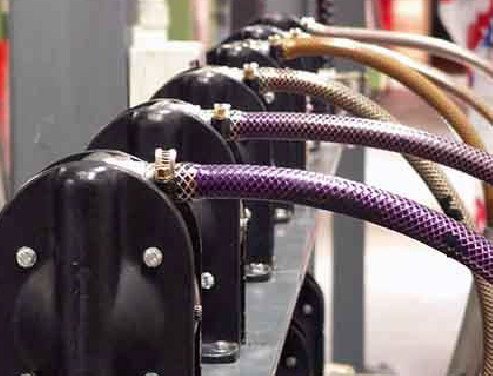 Keep in mind, a rubber metering roll is subject to hydraulic lift, which increased the ink film as speed increased. Back then, flexography was often referred to as a “rubber stamping process.” Fast forward to today. Flexography routinely produces the highest-quality print for labels and food, pharmaceutical or medical packaging. In part, this transformation is achieved by removing all surface ink from the anilox.

Eliminating the ink film allows a plate’s raised image to touch the anilox surface “cleanly.” For this to work, the surface ink on the anilox is removed using a precision steel doctor blade’s edge to engage the anilox at a precise contact angle. The ink remaining in the anilox cell is then available for controlled transfer. The exact amount of ink available for transfer is determined by the cell’s opening, depth and wall dimension. Factors impacting transfer also include the plate material, compression, surface dyne or wettability, and speed.

Introduced in the 1990s, enclosed chamber doctor blade systems substantially reduced the volume of ink required to charge the system. Depending on press width, chambers make it possible to reduce the 40 gallons of ink required to charge an open ink pan system to just 7 gallons. In addition, an enclosed inking system reduces evaporation, contamination, clean-up and makeready times. The concept was quickly accepted by the industry.

Also in the 1990s, mechanically engraved and chrome-plated anilox were replaced by wear resistant ceramic-coated anilox. Laser beams were used to burn ink carrying cells into the polished ceramic surface. The 360 lpi maximum limit of mechanically engraved anilox was no more. A laser could create cells with a lot higher capacity, making it possible to move to higher line counts, which when metered, left a thinner anilox ink film. 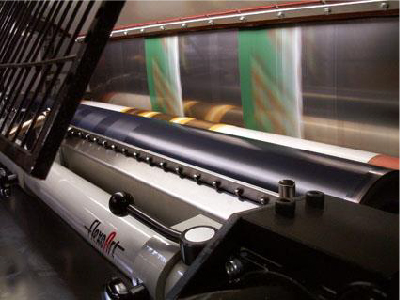 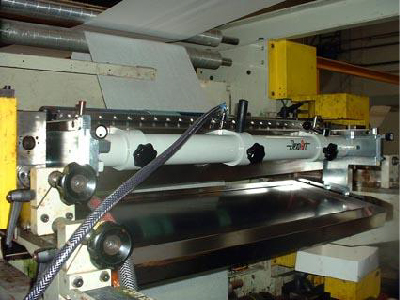 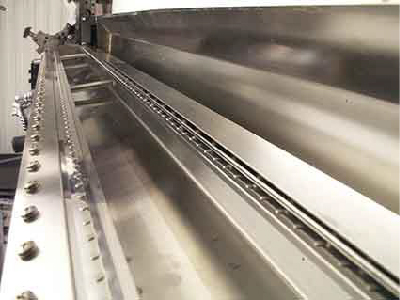 How does it work? Typically, ink is pumped into a chamber with an open side facing the anilox surface across its entire length. The opening is framed by two steel blades with a dam-seal at each end. One blade meters ink, while the other contains it. The anilox surface turns against the metering blade, which sheers surface ink, so only ink in the anilox cells passes beyond the blade. The idea was to encapsulate ink within the chamber with only two ways out—anilox cells or a return circulating line.

While there are many benefits of chambered ink metering, there are also a number of negative consequences, some of which linger today. Unfortunately, it’s not uncommon for a pressroom to stop a press mid-run to deal with leaking end seals or back-doctoring. Back doctoring happens when the anilox ink film is too thick to re-enter the chamber. Back doctored ink can often overwhelm the ink drip pan. Downtime to change seals or blades can be 20 minutes per deck. Press cleanup can take additional hours. Blade and other ink-borne debris can be trapped in a chamber causing print defects and anilox damage.

A common root contributing factor to these problems is ink starvation, when air is trapped in an anilox cell, preventing the cell from being fully loaded with fresh ink. The air-for-ink exchange is a tall task. Think about it: The surface of a 1,000 lpi anilox roll is traveling at 1,000 fpm. This means a cell that’s less than 1/1,000th of an inch wide and one-third of that deep, is traversing the 2-inch-wide gap between the containment blade and doctor blade at 12,000 linear cells per minute (200 cells per second).

Consider one other scenario. A job has been color matched and brought to full speed. It’s expected to take 12 hours to produce 650,000-ft. of shippable product, allowing ±10 percent for total waste. Several hours into the run, a color’s density is dropping. This is a common problem resulting from an inability to replace all of the air trapped in a cell with fresh ink. The ink’s density is further diminished by the amount of air that does make it out of the cell aerating the ink. Over time, these micro bubbles add up. 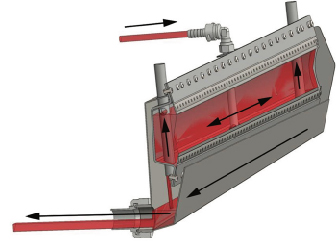 Illustration of ink flow through inlet tube to bottom of inner inking chamber, flows out at top of overflow tubes into sloping outer chamber to return line. Inking chamber is always full of ink.

While other options are available, a quick operator response to dropping color density is to increase ink delivery to the chamber to try to force an exchange of air-for-ink in the cell. The seals on the now pressurized chamber begin to leak, prompting a tightening of the chamber to the anilox. Guess what? It seems to have worked. Density has returned. But not for the intended reason. Instead of forcing more ink into an anilox cell:

Wide web pressrooms have reported wasting $300,000+ per press annually to back doctoring. In addition, data collected documents hundreds of hours of lost time a year.

Increasing chamber pressure is not the answer to starvation. Instead, the solution has been found by modifying the dimension and shape of anilox cells, ink chemistry and chamber design.

Ink flow is now regulated by pumping ink in both directions. Pumping into and out from the chamber prevents pressure build up. Most newer OEM designs also incorporate at least one air vent to provide air released from returning anilox cells a place to go. Chambers have been fortified to maintain maximum rigidity across the entire anilox, regardless of length. Blades can be set and maintained at optimum contact angles while at low pressure without concern for mid-chamber bowing.

Many pressrooms using low pressure, enclosed inking technology report minimum-to-no starvation concerns, while blade and seal life has increased. They can hold a clean dot at high speeds for multiple shifts without stopping. Ink drip “pans” are there to catch an occasional “drip.”

While there are still many conventional chambered inking systems in use, retrofit low-pressure inking systems are available to replace them. One Sweden-based engineering group, FLEXOART AB, has taken the low-pressure design to the next level. Specifically: 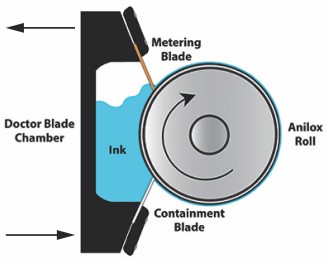 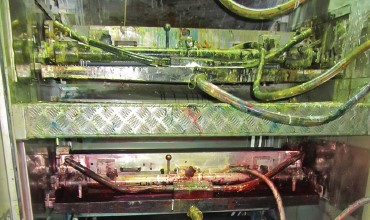 FLEXOART is one of several companies providing flexographic pressrooms with retrofit replacement chambers. It reports having replaced more than 4,000 inking systems on familiar wide and narrow web flexographic presses around the world. There are still thousands of conventional chambered inking systems in use throughout the industry. Retrofitting them with new low-pressure, no-leak inking systems could be a low-cost, profit-boosting alternative to a new press. To learn if your pressroom is a candidate to benefit from this new low-pressure chambered inking technology, connect with our team of experts.